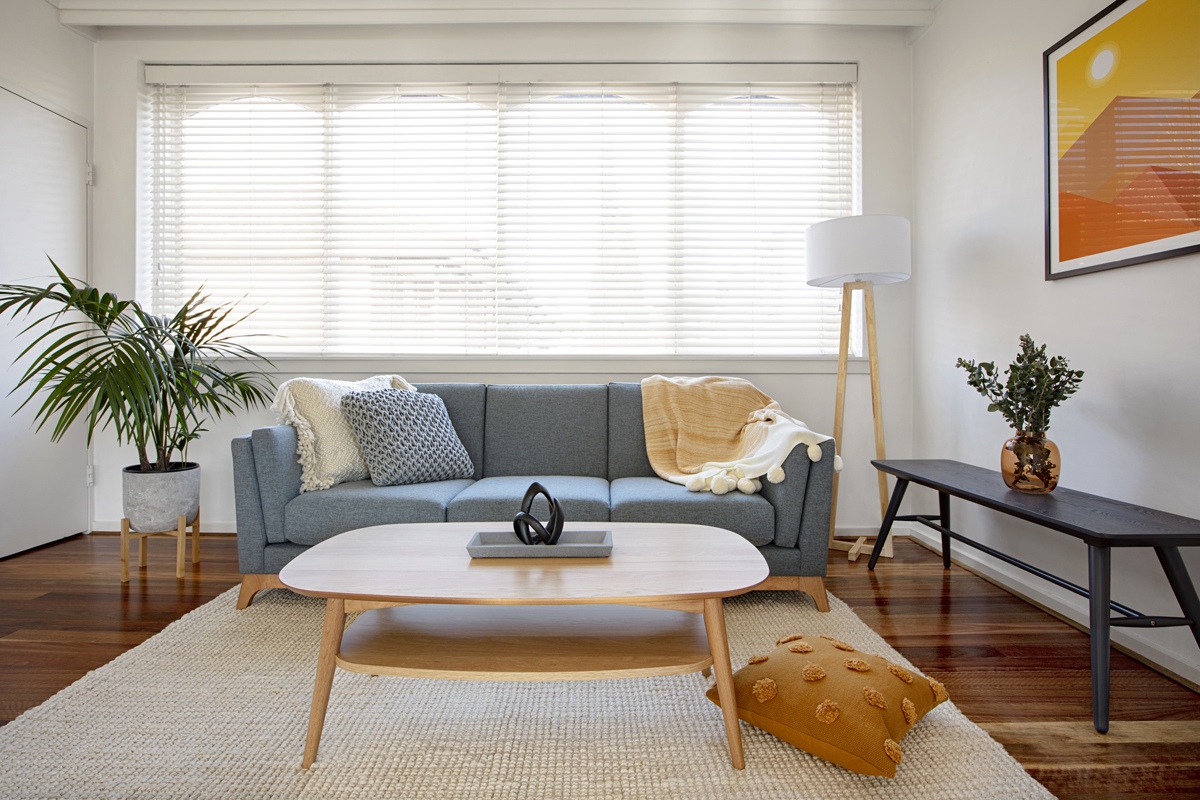 How would you describe Scandinavian interior style?  You might use words such as neutral colours, natural materials, and lots of texture and you would be right.  But Scandinavian design and interior styling encompasses so much more.

According to Wikipedia, the foundations of Scandinavian interior design are function, minimalism, simplicity, clean lines, natural forms and textures.  Scandinavian design is also considered a movement, a bit like the minimalist movement. This means it’s more than a passing trend, it’s a way of life that you can re-create through our furniture pacakges.

Before characterising Scandinavian interior style, I think it’s important to highlight the key designers that have popularised this design movement ranging from furniture to textiles (think Maremekko).

Let’s start with Alvar Aalto (1898-1976).  Who?  You ask, you’re more familiar with this Finnish architect and designer than you think as he designed the Model 60 stacking stool (below) in 1933, which I’m sure you’ve seen being sold as a replica.  This classic stool has withstood the test of time and remains relevant today.

Arne Jacobsen (1902-1971) is a Danish architect and designer who’s most icon designs include the egg chair, designed in 1959 and the swan chair designed in 1958. These two chairs also typify Mid Century Modern interior style. Unlike the Aalto stool, these chairs are generous, shapely, organic and voluptuous and comfortable. These two pieces are also widely available as replicas and immediately make a statement in any space.

The last Scandinavian designer you will be familiar with is Hans Wegner (1914-2007) who was a Danish furniture designer. His most famous design from 1949 was simply known as The Chair (below). Also, a significant piece in Mid Century Modern styling.

With that background we can deep dive into Scandinavian style and design as we see it today.

I think most people would agree that Ikea have nailed functionality.  Think of their own iconic designs such as the Kallax shelves. This piece has been used as a bookshelf, room divider, toy storage, kitchen storage. It’s so versatile, it works in small and large places, can be customised with purpose-built inserts.  It works in modern and period homes. It just works.

Long before the latest move towards minimalism which has been spurred on by extreme 21st century consumerism, Scandinavian designers embraced the theory of less is more, coined by the German architect Ludwig Mies who was director of the Bauhaus in Germany, a prominent design school from 1911-1933. But what does minimalism mean when applied to interior design and interior styling. It means that a space consists of the bare essentials, all doing their job (function), but working together (cohesion) without comprising comfort or beauty.

This project we worked in 2020 is a great example of minimalism. Every piece serving a purpose, there’s no clutter or competition for the eye’s attention.

Simplicity counts in interior design when the substance of the pieces is enough. For example, a linen throw stands out purely because of the beautiful quality material. A simple white rug that makes a statement because it’s textured. A simple slim line sofa that is just made well with a simply beautiful fabric. Simplicity is minimalism in every piece and appreciate of quality craftsmanship and materiality. Like loving an oak hard wood floor because of it’s simply oak.

Interior designers are obsessed by lines, curved, straight, horizontal, vertical, diagonal, we see all the lines and all the patterns. Clean lines in Scandinavian design refers to a singular line, that’s clean for example one horizontal line you find in the sofa, repeated in the coffee table, repeated in the line of the cushions. The space has just one line not many.

Scandinavian design is rooted in nature and therefore natural forms.  Think plants, sheepskin or cow hides. Linen, cotton, wool, timber, anything that comes from nature is treated with respect and enhanced rather than contrived into shapes or forms that are contrary.

Because Scandinavian interior design or interior styling is a ‘back to basics’ design movement, texture is key to elevating a space to create warmth, depth an interest. As mentioned above raw, natural materials take centre stage to anchor a space to create an inviting, lived in feel.

The prominence of Scandinavian design happens to coincidence with the mid-century period of design, it endures because of its authenticity, less is more ethos and form follows function practicality.